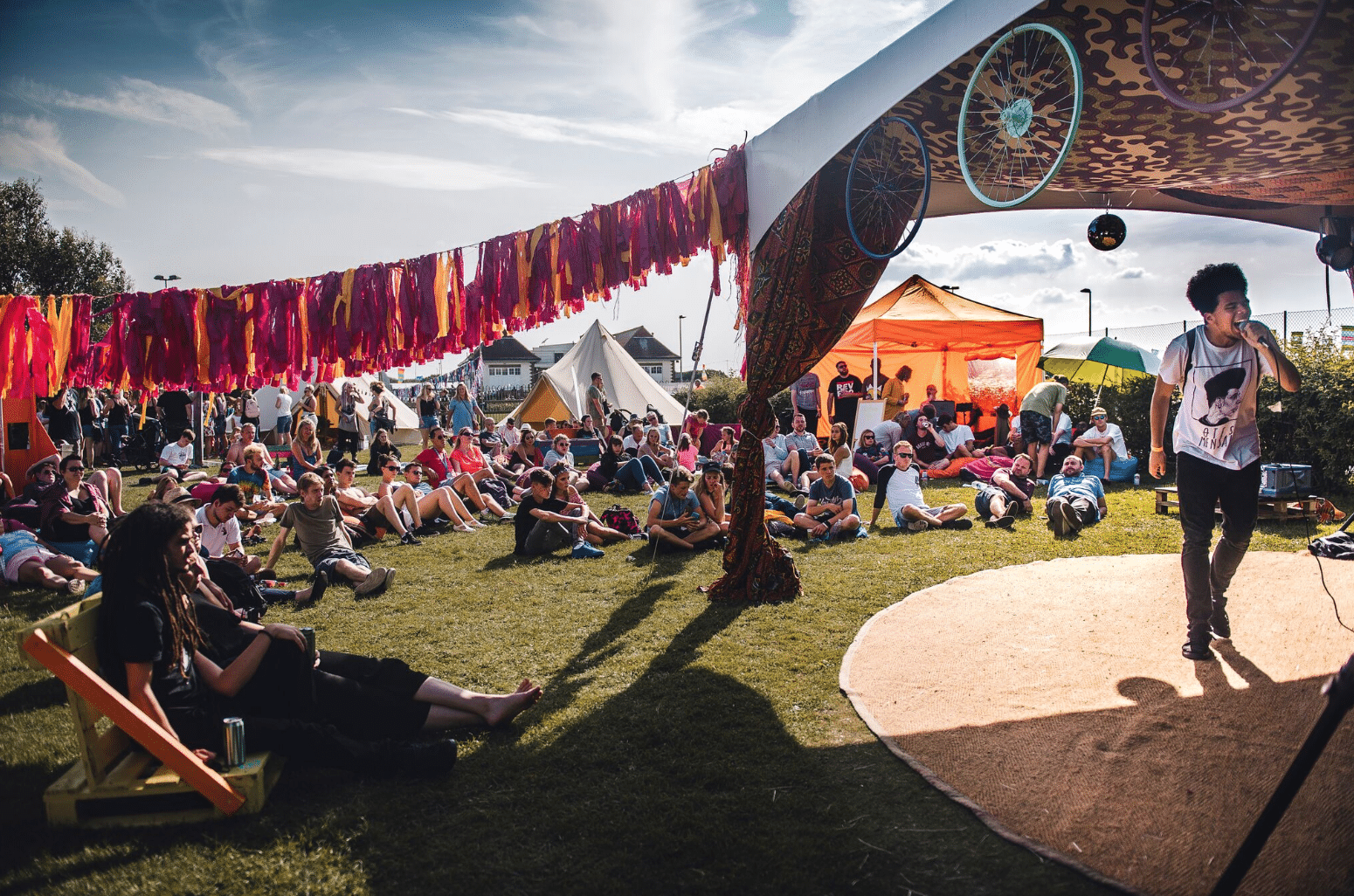 BIMM confirmed as sponsors at this year’s Victorious Festival, with a line-up that includes DIY Magazine favourites FUR and other genre-transcending bands

BIMM confirmed as sponsors at this year’s Victorious Festival, with a line-up that includes DIY Magazine favourites FUR and other genre-transcending bands

BIMM will sponsor the iconic World Music Village stage, hosted by the Arms Around The Child charity, at this year’s Victorious Festival in Portsmouth, which takes place from Friday 24 to Sunday 26 August.

The award-winning college’s Promotions & Festival Manager, Suzi Ireland, recently confirmed the news with a line-up that includes the hotly-tipped Brighton band FUR, who will play the festival’s main stage alongside The Libertines, Paul Weller, The Prodigy and many more top UK acts.

BIMM’s sponsorship of Victorious Festival will also see the college welcome several rising BIMM acts, who will also be given a chance to play across the three-day event. They include Dottie, Civil, Tilda Allie, Scott Booth, Lebeaux,The Yellow Bellies and La Lune, who each hail from BIMM London and BIMM Brighton. As part of BIMM’s commitment to providing hands-on experience to its students at major festivals and events, BIMM will invite a group of students to put their skills in practice by volunteering backstage in various exciting roles.

Following the announcement, Suzi Ireland said: “BIMM are honoured to be one of the main sponsors at Victorious Festival this year and are particularly proud to be given the opportunity to work with Arms Around The Child. This summer’s line-up looks like one of Victorious’ best yet, and BIMM’s artists are excited to be playing alongside other bigger names like The Prodigy and The Libertines on the picturesque Southsea Seafront site. Some of our students will be working alongside industry professionals behind the scenes, thus gaining valuable experience in all areas of a festival’s organisation.”

Representing Arms Around The Child, who will welcome legends Neneh Cherry, Channel One, The Turbans, Simo Lagwani among many other World Music artists to Victorious Festival, Ellie Milner, the charity’s Global Director, said: “Victorious Festival is delighted that the internationally recognised award-winning music college BIMM are headline sponsors for The World Music Village this year. The partnership will open up opportunities for musical collaborations and performances from current and past students, displaying all styles of music from many diverse influences and cultures.”

She added: “BIMM students will also support the production side of the festival, sharing skills and learning from our experienced team. We’re very proud to have this partnership with BIMM and hope to offer their students a unique opportunity to develop their own careers in music and to experience first hand what it’s like to perform, work, manage and organise a festival like Victorious.”